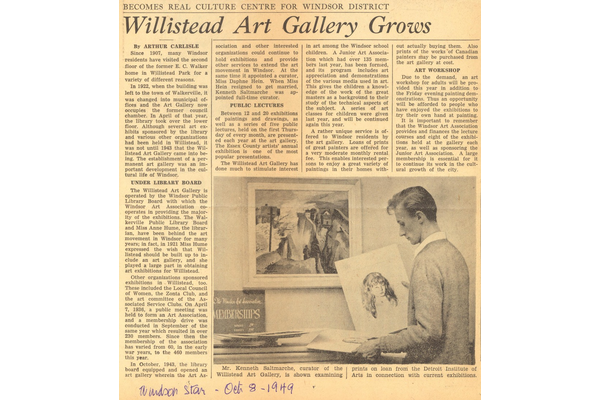 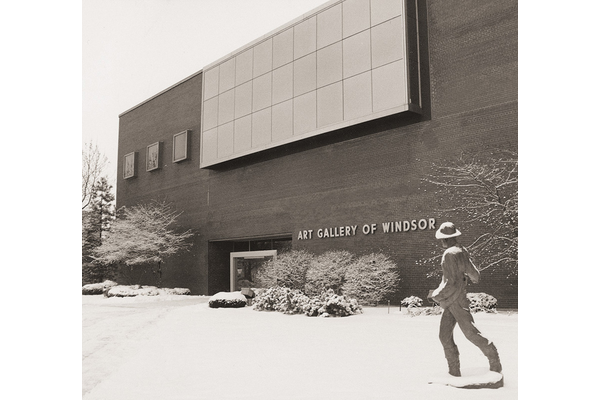 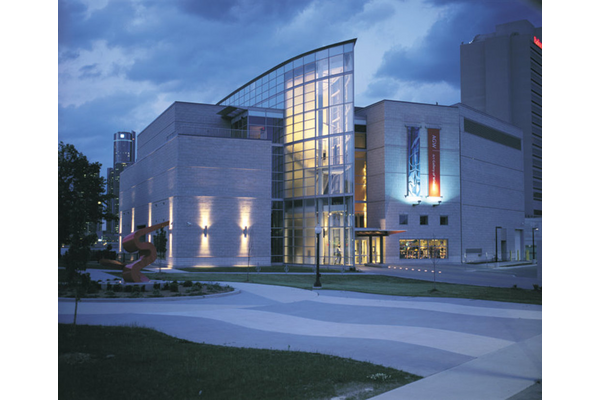 1943 October 1: The Willistead Art Gallery of Windsor is officially formed and opened at Willistead Manor in Walkerville, and Daphne Hein is appointed part-time curator and reports to the City of Windsor's Public Library board. 1944 June 8: The Willistead Art Gallery of Windsor is incorporated and letters patent are issued. 1946 September: Kenneth Saltmarche is appointed full-time curator. 1949 The First Annual Sale of Canadian Paintings and Fine Crafts, which comes to be known as Art For All, is formed and continues until 1988. 1950 The Women’s Committee is formed under the auspices of Honorary Chair Mrs. Wallace R. Campbell. 1956 The Junior Women’s Committee is formed and Judith Saltmarche becomes its first chairperson. 1960 June 15: The Gallery becomes an independent institution with own board of directors. Saltmarche is appointed director and curator of a fully autonomous organization. 1969 June 25: Supplementary letters patent are issued with the name-change to the Art Gallery of Windsor (AGW). 1970 Mayor Frank Wansbrough recommends the Carling Brewery warehouse as a future home for the AGW, and the building is sold to the Gallery.

June: The first annual Art in the Park, a public outdoor art exhibition held in Willistead Park, is organized by the Volunteer Committee. 1975 September 27: The newly-renovated 60,000 square foot gallery at 445 Riverside Drive West is opened by Mayor Albert H. Weeks. 1976 Attendance for the year reaches an all-time record of 235,000 visitors. 1979 The Gallery establishes the Art Gallery of Windsor Foundation as a separate charity. 1980 The Foundation is officially incorporated and letters patent are issued. 1985 Kenneth Saltmarche resigns after 40 years of service. Alf Bogusky becomes the Gallery’s second director. 1987 445 Riverside Drive is reopened after extensive renovations and asbestos removal. 1993 April: Nataley Nagy is appointed the Gallery’s third director.

October 1: AGW signs agreement with the Government of Ontario to lease 445 Riverside Drive West for a pilot casino project in downtown Windsor. 1994 February 12: The AGW grand opening at Devonshire Mall is attended by Dr. Shirley Thompson, Director of the National Gallery of Canada.

445 Riverside Drive West is demolished following its use by the Ontario Casino Corporation for eight years. 2001 February 10: 401 Riverside Drive West, designed by Moffat Kinoshita / Reich + Petch, is opened to the public as the AGW’s new home. Glen Cumming is appointed interim director. 2004 Gilles Hébert is appointed the AGW’s fifth director and prioritizes a green energy retrofit of the HVAC system. 2010 Catharine Mastin is appointed the AGW’s sixth director. 2012 December 20: The 49-year lease agreement is signed by the AGW and the City of Windsor for the Gallery to occupy the mezzanine, second and third floors, and be maintained as a ‘Category A’ facility. 2013 January 4: The sale of 401 Riverside Drive West to the City of Windsor is completed and AGW becomes a lease tenant while remaining an autonomous organization. 2014 The City of Windsor names the Windsor Community Museum as co-tenant at 401 Riverside Drive West and construction begins for their main floor occupation. 2015 The AGW endorses the new Strategic Plan.