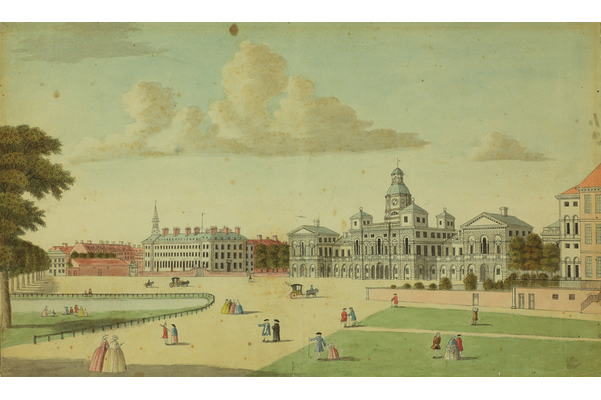 I’d long been curious about Catherine Reynold(s); as a child my father told me about her and I wondered if we might be related (we almost certainly are not). The biographical parallels are obvious. She was born approximately 200 years before me, with nearly the same name, and in the same geographic region. She’s remembered by history but on the margins. Her work survives her. But, because she died childless -- as I will someday -- her art is her legacy.

While Catherine was spared by spinsterhood, her married contemporaries lived in a near-constant state of pregnancy and, with infant and child mortality rates at the time, almost unimaginable loss. Catherine was among a large number of well-to-do women who chose to live their lives in “single blessedness” and live lives of relative freedom and creativity. I wanted to learn more about the life that she led but, even with the assistance of other librarians, this is all that I can truly know about her. We know nothing of the relationships she may have treasured. Only the emptiness of her womb. We presume an empty bed. Was she celibate? Or did she have relationships lost to time, propriety, and queer erasure.

Her works are scenes of observation. Simply and unpretentiously she painted and drew on paper.  Was she painting for posterity or herself? Was her life filled with the joy of creation? And was she on the outside only when she was painting? The people in her landscapes interact with each other. She watches at a distance. Observing and capturing the intricacies of the world around. Capturing everyone but herself.

Kate Reynolds (she/her) is a librarian, singer, and writer in Windsor, Ontario. She sits on the board for the By the River Reading Series , is a featured cast member on The Giggle Mat, and is working on her upcoming children’s album Songs in the Key of Covid.